Nosak Group Rewards 180 Members of its Staff for Long Service 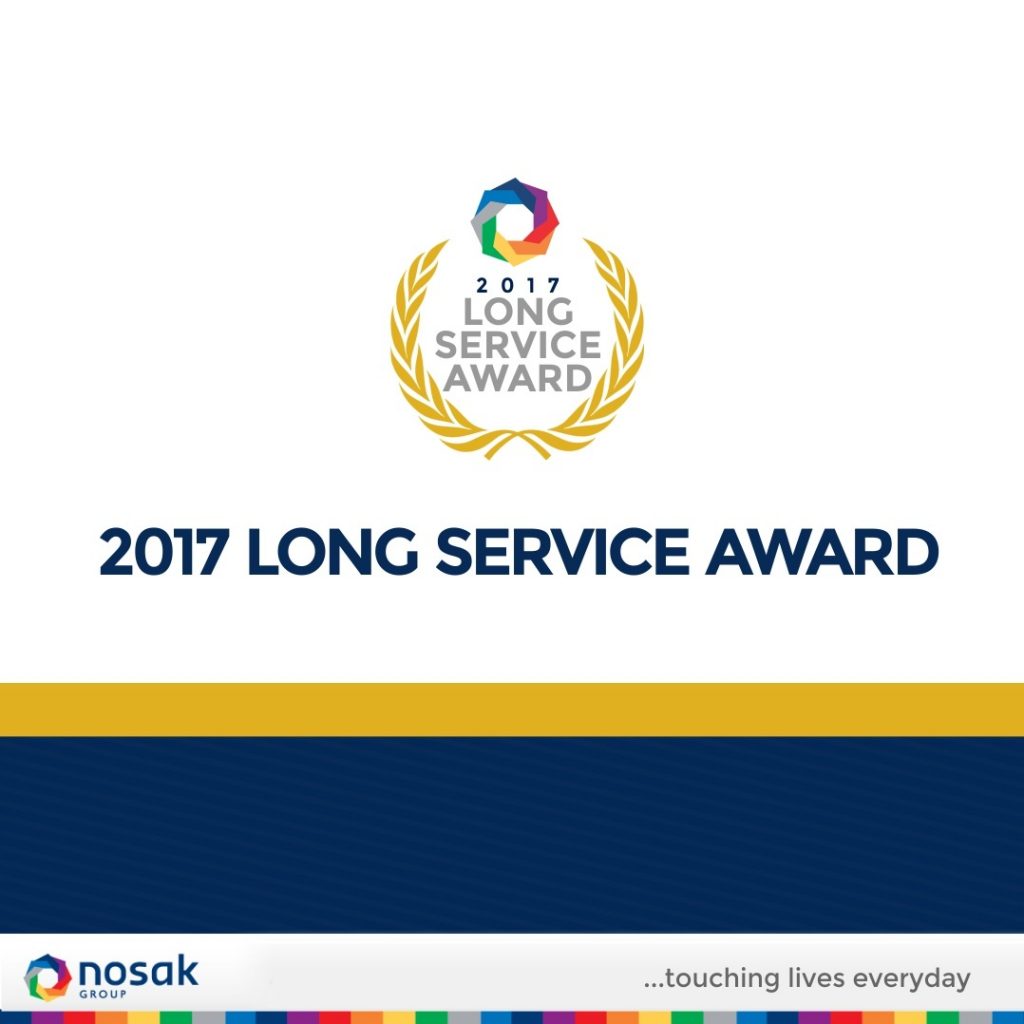 On Friday 8th December 2017, the Management of Nosak Group in line with her policy of honoring and appreciating deserving members of staff, recognized and rewarded one hundred and eighty members of her staff who had served meritoriously for five years and above. The event, which took place at Brava Event Centre, Ogba, Lagos had in attendance the entire staff of Nosak Group.

Speaking at the Long Service Awards, the Chairman Nosak Group, Dr. Toni Ogunbor, eulogized the awardees who he said have remained resolute in their faith in the Nosak mission and vision in spite of the several challenges that have been associated with the group. He further urged the younger employees to emulate the worthy examples of the awardees as the Group is set to be among the leading private sector organisations in Africa.

Ukeni Anthony, one of the awardees who has spent 16 years working for the Group couldn’t hide his excitement as he poured encomiums on the Group. He also encouraged younger staff to remain industrious and sincere in their service delivery as he opined that being hardworking, sincere and purpose-driven are the ultimate tools for upliftment.

Highlighting the Group’s commitment to staff training, Adeyinka Olowonyo, another award recipient who has spent 7 years working for the Group, had nothing but praise for the Group. She commended the Group’s custom of training her staff, a gesture which she said has positively impacted her.

The event which was all shades of excitement had guests take part in many fun activities. The guests who were treated to cocktails and refreshments, were also hosted to live performances and a Christmas Carol.