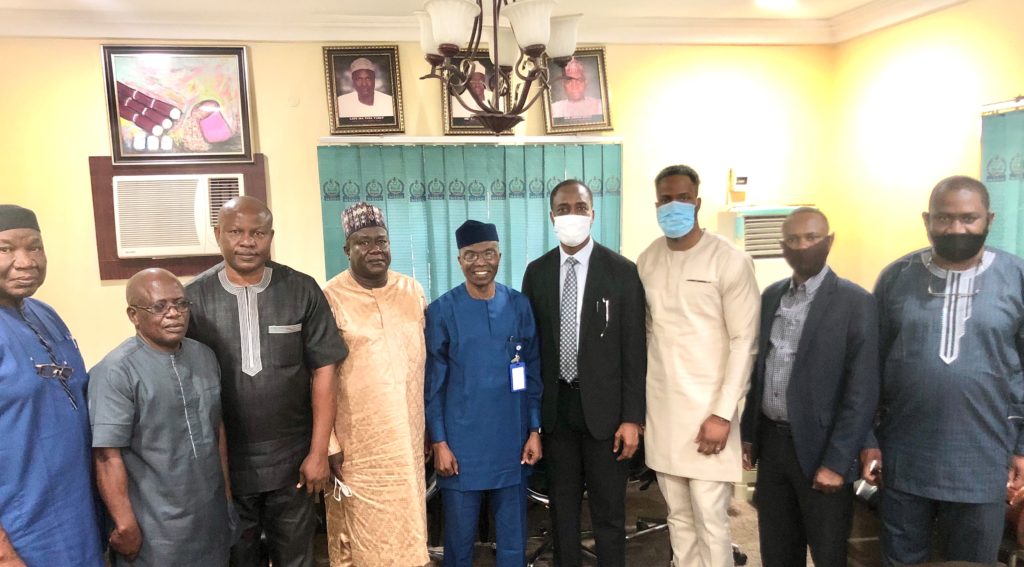 A delegation from Nosak Group led by the Group Managing Director, Mr. Thomas Oloriegbe, paid a courtesy visit to the National Sugar Development Council (NSDC) in Abuja to discuss the possibilities of collaboration with the Council in the Group’s backward integration programme in the ethanol sector.

In his remarks, Mr. Oloriegbe disclosed that the Group is making investments in backward integration to boost the production of food-grade ethanol and other derivatives from the cultivation of cassava in large scale “As a Group, we are making concerted efforts to improve the supply of our raw materials locally through our backward integration scheme in cassava cultivation”.

“We are delighted to inform the Council of our intention to explore sugar production, which is the thrust of this all-important meeting”, he said. Adding further, he called on the support of the NSDC in areas concerning land acquisition, technical advisory support, intervention finance, and equipment sourcing to improve production capacity.

Responding on behalf of the Board members of the NSDC, the Executive Secretary, Dr. Lateef Busari commended Nosak Group for making investments in boosting the Nigerian Economy. He affirmed the readiness of the NSDC to support the Group in its backward integration programme in the sugarcane industry. He said, “The NSDC’s support comes in different areas including sourcing for land and negotiating on terms with state governments and host communities, and getting duty waivers from the Customs on equipment importation; attracting concessionary interest rates on specialized loans from the CBN and the Bank of Industry”

He reiterated that the body will also help in carrying out technical feasibility studies on potential locations for sugar projects; getting pioneer statues exemptions from the Nigerian Investment Promotion Commission and the Federal Inland Revenue Service; sourcing for infrastructure support from the respective authorities in the locations being considered; and developing and funding an out-grower scheme model in the locations being considered.